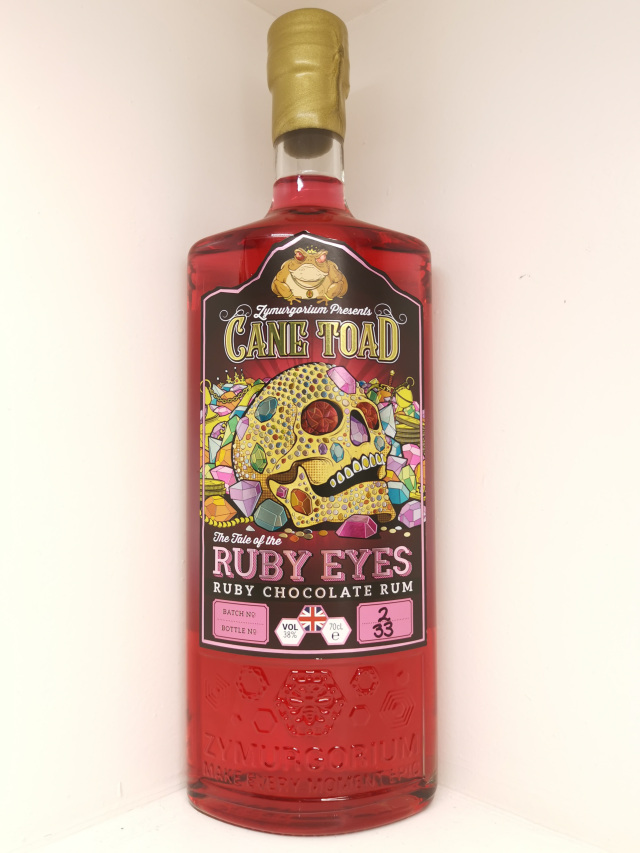 A rather intriguing rum here, made using ruby chocolate, which is produced with the ruby cocoa bean! It's not actually a new type of cocoa bean, rather it's an unfermented cocoa bean which retains its pink colour (fermenting cocoa beans is what turns them brown). Skipping the fermentation also means that it's fruitier than its fermented counterpart. The blushing expression been released as part of Zymurgorium's Cane Toad series, named after the world's largest toad!