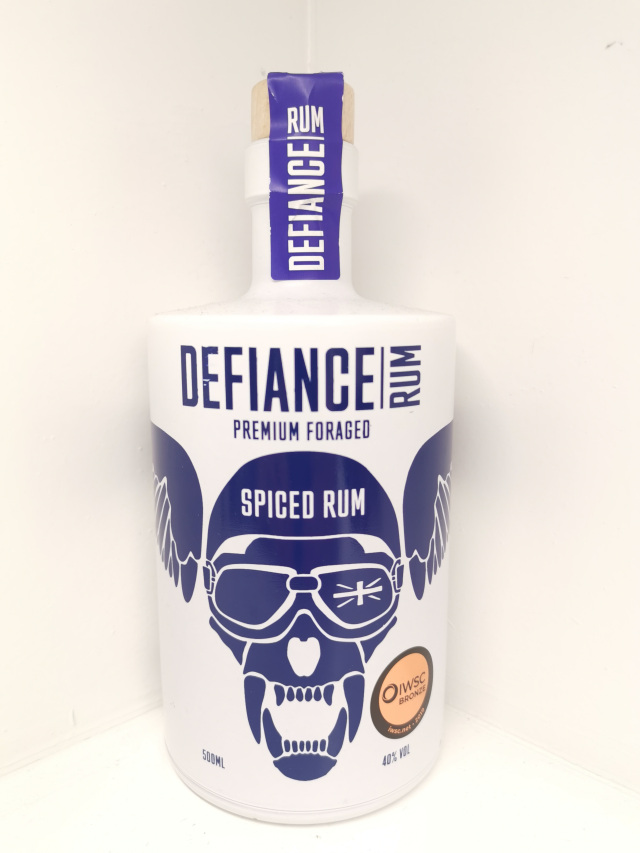 A Spiced Rum from Defiance! A blend of traditional spices, including allspice, nutmeg and vanilla pod are added to the rum alongside dehydrated orange, foraged seeds and birch tree syrup, which adds a smoky dimension. It was then matured in barrels which previously held Jack Daniel's for five months, before 265 limited edition bottles were released at 40% ABV. If you're not already convinced, then just check out the screaming skull wearing sunglasses and wings on the bottle.