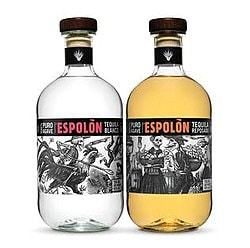 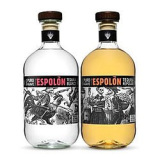 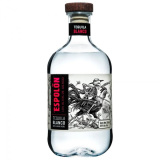 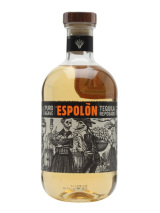 Blanco tequila from Destilladora San Nicolas in Los Altos, made with 100% blue agave and bottled without ageing. The name "Espolòn" comes from the spur of the rooster's foot, an important bird in Mexican culture. In fact, a rooster also makes an appearance on the unique label, which is also inspired by Dia de los Muertos - Day of the Dead.

This is the El Espolòn Reposado Tequila, produced by Destilladora San Nicolas in Los Altos. After distillation, which includes playing rock music in the factories to "inspire" the agave, the Reposado is matured in American oak barrels for six months.