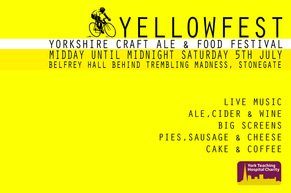 The money raised during this event was donated to 2 really worthwhile causes.
The Elderly wards at York Hospital focusing on the patients who have dementia. We were hoping to redecorate patient’s rooms with design features such as panels behind each patient’s bed and on the doors to create themes, and amongst other items they are looking to purchase some large clocks which have been shown to improve orientation for patients (especially those with dementia). Its such a worthy cause and makes a massive difference to patients who have dementia and their families.
We also raised funds to refurbish 5 rooms on the labour ward at York Teaching Hospital. Achieving this allows us to provide even better facilities to our patients who give birth at York Hospital!

Thanks to all who turned up, it was a great fun day with some great food and of course the local beers celebrating the Tour de France in Yorkshire. You can still donate by text - TEXT YELL77 £1 to 70070 (or any amount you wish). 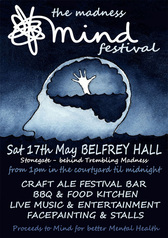 In May we organised a small event for York Mind selling over 30 different cask ales, BBQ and some great live music. It was a beautiful sunny day and everyone had a great time. Thanks to all those who came and got involved. Here's a link to the photo's .

York Mind exists in order to promote recovery from mental ill-health, emotional well-being and independent living. If you wish to donate or see what their about please click here. 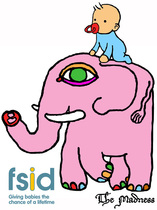 The Foundation for the Study of Infant Deaths is the UK's leading baby charity aiming to prevent unexpected deaths in infancy and promote infant health. The Madness owner Ian father of two small boys would like to raise awareness and money for fsid as it's very close to his heart.
FSID fulfils these aims by:

FSID operates throughout England, Wales and Northern Ireland.  As well as the staff team in head office there are also eight Regional Development Officers who actively promote FSID's campaigns across the country. Please help and fund this charity HERE
or TEXT BABY70 to 70070 to donate £1   or donate in store, there are boxes on the counter. 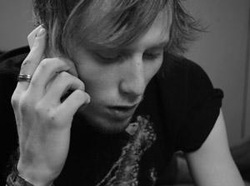 A CALENDAR featuring naked York bartenders was launched in support of The Press’ Think Don’t Swim campaign. Profits from the sale of the calendar will help firefighters invest in new safety equipment alongside York’s rivers, to help prevent further drowning tragedies following three deaths in 2011.
One of the victims was 21-year-old bartender Richard Horrocks ("Tosh") , who died after jumping from a balcony into the Ouse on completing his last shift at a riverside bar. His death prompted The Press – with the support of Richard’s family – to launch its campaign, which aims to raise awareness of the dangers of falling or jumping in the water.  Tosh had been really popular in York, having worked at Bobo Lobo and Revolution, and all the bartenders hung around together and were like one big family. 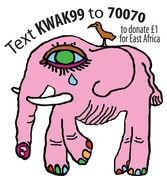 Our late appeal came when we were shocked by the worst drought in over 60 years. This appeal is ongoing and we will continue to raise awareness and money for the foreseeable future. The Africa appeal has been slightly overlooked by many as everybody is so used to being asked for money for Africa. But please this is not to be overlooked and we must act now and help those people who cannot even feed themselves and even make choices about which son or daughter to keep alive. Our donation page is HERE.
Disasters and Emergency Committee Website 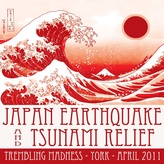 We had a fantastic fund raising sunny day in April soon after the disaster. It was a great response to a terrible disaster. The actual event details can still be found HERE . We managed to raise £7395 on the day. There were entertainers, bands, a beer festival, stalls and we will surely hope to do something similar for another cause very soon. A big thank you to everyone who helped that day and for making it special. Do remember to look back at the photos HERE .

We are always ready and on standby to set aside time to raise money for global disasters. We raised over £6000 for the Haiti Earthquake in 2010 but we are a small local business and cannot help all local causes with raffle prizes and donations, so sorry if we've turned you down in the past. We're happy to get involved with any larger local fund-raising events in the future, please contact us via email. Thank you, Trembling Madness x